I hate boxes. No, not the cardboard kind that Kitty plays in. I mean those boxes

people put you in (and you put them in) the minute you put a label on something.

The Box: “My husband, who is retired, and I travel in our RV” = an old, maybe bent, thinning-white-short-haired guy, wearing baggy cargo shorts and a Walmart Hawaiian shirt doddering around, flipping switches on a Class A RV the size of a building, with four slideouts and two yappy dogs who don’t listen to a word their owners bark at them.

The Reality: Ben’s bright red ponytail (we can’t use purple in the Airstream, it gets everywhere) sometimes gets caught in all the bracelets he wears. His Hawaiian shirts are custom made with that fabulous pinup girl fabric we’ve collected over the years. (Erm, by me, of course.) (Box: “My wife would never let me wear that!”) I won’t even talk about the Airstream other than to say it’s an Airstream. And the dog is, of course, our geriatric border collie, who would no more not listen to our commands than breathe. And hasn’t barked in years. The day she doesn’t obey will be because she’s already herding sheep in that big field in the sky.

The Box: “Husband” = hates shopping, would rather spend Friday night with his buddies; “wife” gets mad at him for drinking with his buddies, makes him cut his hair, rolls her eyes at his tattoos.

The Reality:  Yep, he’s drinking with his best buddies, which includes me, and I’m probably pouring as well. My tattoos rival his. His son was surprised to learn I have a motorcycle license. Why? And why was his CC instructor surprised when I handled Ben’s Glock competently? Sure, mine’s a Smith & Wesson, but c’mon. There’s nothing intrinsically contained in the X chromosome that makes one more or less competent.

Our guide on the train the other day was excellent and knowledgeable, but when she said, “Guys, I’m sorry, but I have to say this: ladies, the shopping is on XX Street, and especially jewelry,” she lost a few credibility points with me.  I couldn’t care less about jewelry (you can’t eat it, it doesn’t keep you warm), but you’ve all seen Ben and his collection. And I have to drag him out of stores. Then, she lost more points when she said, “And guys, the best beer is at…” Because I can’t appreciate good beer?

The sad thing is, people start believing the boxes, and then they start changing their life to suit the box, instead of the other way around: “My wife would never let me wear that!” People think the word that incenses me there is the verb (wear, drive, buy, think), but no, it’s let. I’m not his mother, it’s not up to me what Ben wears, or does, or thinks. Nor am I responsible for it. I spend enough time wrestling with what I am responsible for.

And on the subject of consanguinity, I’m not his mother or his sister so, no, we don’t have the same last name. That would be creepy. That is a holdover from an age when women were what our current president thinks they are (box), not what we actually are (reality).

Don’t get me wrong, many boxes are useful. When we ask to see a wine list, and the waiter or sommelier asks us where we’re from, we cut to the chase and say “California wine country.” That box means: We know our wine, you’re welcome to suggest but don’t try to upsell us or make us drink swill.

Sometimes, our box is, “just north of the Golden Gate Bridge.” That places us near San Francisco, but not in the City, because, well for starters, where would we put the Airstream? “Airstream”—there’s another box. Not a bad one.

Often, Ben’s first question to a fellow full-timer is “Where is ‘home’ when it’s not the RV?” but to me, the fact that they’re on the road means no label, no box; they’ve chosen, like us, to be from nowhere. From everywhere.

And speaking of boxes, I started this little essay in Dodge City. What does that tell you? Badly acted gunfights, cheesy wax museums, olde tyme photo parlours, ye olde gifte shoppes, you know those boxes. Awesome! 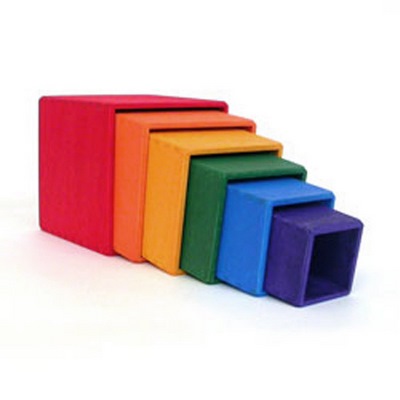