Born Cincinnatus Heine Miller in September 8, 1837, and known by his pen name, Joaquin Miller, he poetically professed to “having been born in a covered wagon pointed west”; though in reality his parents set out on their ten-year journey in an ox team-hauled covered wagon to the Willamette Valley, Oregon, when he was six years old. He received his education from his Quaker parents, who didn’t believe in carrying a rifle to protect themselves from marauding Indians and ne’er-do-wells on their journeys. A mixture of religious education and encounters with the wild and woolly trackers, mountain men, Indian chiefs, and adventures of all kinds, produced in him a kind of dual personality and expressive license that was common among the mountain men at that time; though tempered with a poetic eye trained by viewing the perspective of a moving westward landscape.

The story of his travels reads like a western adventure novel: encounters with storms, fording raging rivers and mountain passes, observing the hundreds of graves of the dead beside the wagon ruts of previous travelers,

witnessing the forlorn eastward returning immigrants who had lost everything to cholera, massacre, starvation, and the loss of pack animals and wagons.

At the age of around fourteen, Joaquin ran away from home and didn’t return again until he was nearly eighteen. He spent those years living with a mountain man and Indians part of the time, and travelling through Mexico, Arizona, and the Colorado desert.

In 1855, Joaquin was involved in a heated battle between the Modoc Indian tribe 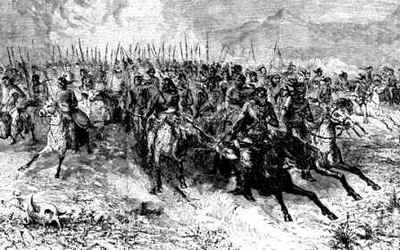 and the local cavalry near Mt. Shasta, California, as the Indians had tired of their rivers being desecrated by the red dirt stirred up from gold strip mining. Fishing was the primary source of food for the tribes in the area, and the glint of gold clouded the eyes of the white prospectors to the privations of the indigenous population.

A terrible battle ensued between both parties and it is said to be the last battle of record where Indians fought with arrows only. Those arrows proved to be deadly accurate. The fight lasted for hours and into the night, and the company of regulars and a very green Joaquin feared and knew that the tribe had them at a nocturnal disadvantage.

As stated by Joaquin: “Gibson gathered all who could or would go, and took still another place by storm. Then Lane fell, mortally wounded by an arrow in the eye. I saw Gibson’s gun fall from his hand from the very deluge of arrows; then all was blank, and I knew no more of that battle.

“The fight was over when I came to my senses, and it was dark. A young man by the name of Jameson was trying to drag me through the brush; and it has always seemed to me that a good many people walked over me and trod on me. I could hear, but not see.

“An arrow had struck the left side of my face, knocked out two teeth, and had forced its point through at the back of my neck. I could hear, and I knew the voices of Gibson and Joe. They cut off the point of the arrow and pulled it out of my face by the feather end. Then I could see. I suffered no pain, but was be-numbed and cold as we lay under the pines. Joe held my head all night, expecting that I would die.”

Joaquin survived to become a lawyer, and had several unsuccessful marriages, one to an Indian princess, the other led to a divorce that he later claimed prevented him from being nominated for a seat on the Oregon Supreme Court. His third marriage, to Abigail Leland (of the well-known Lelands of hotel fame), didn’t play out well. She was accustomed to living in the manner of rich East Coast hoteliers, and when she arrived at Joaquin’s log cabin, her baggage alone exceeded all the interior space. Abigail immediately left, and returned back east. She didn’t live with him for over 30 years, until he became fatally ill later in life.

Joaquin earned $3,000 from riding for the Pony Express and used the money to move to Oregon, where he edited a newspaper, the Democratic Register, in Eugene for a short bit until it was shut down for being sympathetic to the Confederacy.

Miller paid for the publication of his first book of poetry, Specimens, which didn’t sell and led him to write his second tome out of despair, Joaquin et al, which he sent to Bret Harte, 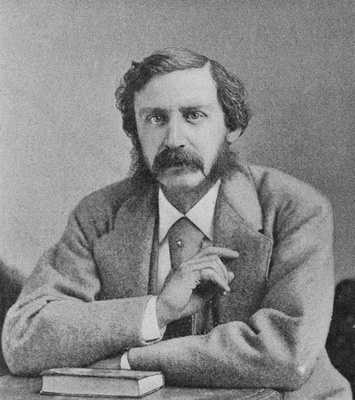 who was then growing in fame as a writer in California. He received encouragement from Harte and traveled to San Francisco, where he came into the influence of Harte, Mark Twain, 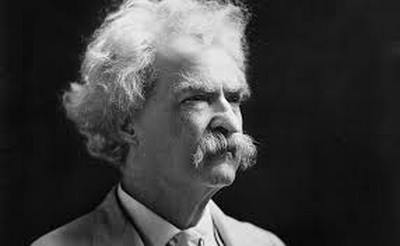 and other fresh literary giants and newspaper reporters.

In search of the fame he hadn’t found in America, Joaquin traveled to England, where he was received as a frontier oddity, dressed in rakish Wild Western costume consisting of knee top boots with one pant leg partially tucked in and the other out, red shirt, sombrero, and a real bearskin cloak. He would expound poetry, prose, and wild tales while standing on a bearskin rug. Among the literary greats who received him, he met the famous Lily Langtry,

who became a consort to British Royalty and the rich and famous, and charmed all who she met with her beauty, wit, and acting skills. Lily purchased one of California’s first wineries in Lake County in 1888, but sold it soon after, using the purchase of the land to leverage her application for American citizenship. Much can be said of Lily, but this blog must stay on focus.

Miller was known for his womanizing and dishonesty, or at least “stretching the truth.” When still a young man, he came into contact with a local lady keeper of a hurdy-gurdy

dance hall and house of ill repute named Marie St. Claire. Her charm and personality were renowned around the area of eastern Oregon and Canyon City, where Joaquin built a log cabin and settled for a time. This was said about Marie from the diary of someone who knew her after the gold rush in Canyon City, in 1862:

“Perhaps the most noted hell-raiser in the history of Canyon City was Marie St. Claire. The wildest, toughest, and most beautiful light woman the houses there ever had. Marie was kind and generous to everyone. If crossed, though, she could draw and plug her man with the best of them. I remember that she would go horseback riding in men’s clothes, something no lady, scarcely a light one, would do. When she dressed in her gorgeous velvet dresses she could dazzle anyone. Marie lived extravagantly. Her home had every luxury known to the world at that time. Her silver service was particularly beautiful. Wild, beautiful, dangerous Marie St Claire had the secret admiration of everyone, despite her profession.”

Joaquin Miller had this to say: “There were but two things in the world worth looking upon. One of these was all-glorious Mt. Shasta in her sheen of silver at night, and mantle of purple and gold by day; the other was queer, dear, delightful Mary St. Clair.” Joaquin said he owed much to Mary as a young man for a favor she bestowed upon him…what that favor was, was not clarified.

For those of you who live in the Bay Area, familiarity may have caused you to overlook a commonly known fact that in 1886 Joaquin purchased 70 acres of land in the hills of the “City of Oaks” that he used to build his home and artists’ inspirational retreat. This land, now known as Joaquin Miller Park, can be visited daily and has most of his 75,000 Monterey Cyprus, olive, and eucalyptus trees, not including the pre-existing redwood trees, some of the very few remaining in an urban setting.

Joaquin named his newly established urban homestead, the “Hights,” [sic] and lived there until his death on February 17, 1913. His last words were recorded as, “Take me away; take me away!”

I didn’t write anything in this blog on Joaquin Miller’s voluminous poetry; instead the focus remains on his character and biography. However, one famous poem, Columbus, has been recited by hundreds of schoolkids over the years. This is the first stanza, which may strike a chord of memory:

Behind him lay the gray Azores,
Behind the Gates of Hercules;
Before him not the ghost of shores,
Before him only shoreless seas.
The good mate said: “Now we must pray,
For lo! the very stars are gone.
Brave Admiral, speak, what shall I say?”
“Why, say, ‘Sail on! sail on! and on!’ “