August 10, 1952: Patricia Huber was feeling very uncomfortable. She was a few days, or perhaps hours, from giving birth, and her baby’s kicking and rolling about was tempering her tolerance for the event soon to come. She shuffled over to the Philco black and white TV,

clicked it on, and waited the obligatory minute for the tube to excite into a grainy image. It, too, expressed its displeasure by providing little response to her shuttling of the rabbit-eared antenna on top. Clicking the antenna switch and turning the antenna in 360-degree arcs brought little satisfaction, though holding it in the air two feet above the set sharpened the picture non-acceptably. Several weeks before, she had removed a number of tubes from the back of the set and brought them to the Rexall Drug Store down the street for testing, replacing one. This was not the time for the set to go on the fritz. Clicking through channels she settled on Kukla, Fran, and Ollie,

and thought to herself that it wouldn’t be long before her soon-to-arrive child might be entertained by this show. Two days later, unassisted by early network TV, a baby boy—me—was born.

August 10, 2017, 65 years later: Ruth and I drive slowly and deliberately up an eight-mile winding switchback road, arriving at Wheeler Peak in Great Basin National Park, to begin a pilgrimage to one of the oldest living things on earth: bristlecone pines. There are other lofty contenders: cloning oak (Jurupa Oak), which is thought to have reproduced itself for over 13,000 years, lives in Riverside, California, in a thicket of 70 stem clusters that all share the same genetics. 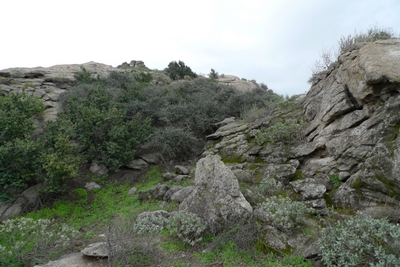 If that 13K age pushes your alertness button, there is another tree grouping called Pando in Utah, which is not a single tree but a grove of 47,000 quaking aspens that share the same root system. This massive underground organism shares a similarity to huge subterrestrial fungal/mushroom mats, and it is a matter of interpretation whether they are a single living thing or a multiplicity of identical trees spread out over 107 acres of land. Here is the most stunning fact in regard to this ancient living, cloning, entity: it is estimated to have lived for over one million years! Yes! You read that right. Trees that may have predated humanity.

I don’t want to steal the thunder from these massive methuselahs, as they have the uniqueness and advantage of communal support. There is much to be said about the power and strength of this lifestyle. We, however, set out on a trek into our particular portal of the past, in Great Basin, one of a few spread-out bristlecone enclaves throughout the western United States.

These uniquely individual trees stand stalwart in all weather and conditions, growing infinitesimally over time and adversity. They have a provenance handed down by previous generations through fossil records dating back more than 40 million years, to the Eocene Epoch, when modern mammals first emerged.

Our destination grove contains bristlecones averaging around three to four thousand years of age, but some of the oldest dated by dendrochronology (the study of tree growth ring patterns) still stand at around 4,800 years. These precious Ancient Ones are guarded from the curious and often destructive masses by secreting their locations. Studies of long dead, yet still undecayed bristlecone trunks, have revealed their ages to be around 8,000 years or more. We observed the grounded corpses of trees that died over one thousand years ago, looking much like their vertical living family.

Many pilgrimages demand sacrifice from seekers, and our shibboleth was a hike over steep rocks and roots beginning at 9,800 feet, plodding up, step by careful step, sucking precious elusive air, to arrive at the time capsule island of Ancient Ones at 10,400 feet. To instill clarity to this journey, I’ve broken down our pilgrimage of 1.4 miles one way, into a timeline of a typical bristlecone lifespan. A few facts before I begin:

Having attained our destination, I felt impelled to reach out and wrap my arms around the steel-hard and environmentally twisted wood trunk, and imagine my miniscule 65-year life span as if it could be comprehended by my ancient tree, or even I by it? I have lived one one-hundredth the lifetime of this embraced master of elements. How much life force, a wisdom of sorts, was absorbed into this tree’s moment-to-moment existence? The elements that gave it life, temperature, nutrients, air quality, environmental forces to resist growth, drought, imperfect seasons, insect pests, wood rotting fungi, attempts by man to cut down, trim and remove limbs for fire, lightning strikes, avalanches, rain, flooding and wind storms, shifting terrain, climate change, earthquakes, old age, emanated in its magnificence.

In the world of man, our cares appear to revolve around us. We exist at the peak of life’s pyramid, or so we perceive it, yet the bristlecone pine stands silently living—gnarled, limbs broken, bark stripped, trunk twisted, yet thriving in adversity through the millennia. Reaching out again, I feel the ancient trunk with respectful hands, nearly three-quarters of my life past, but at the moment very honored to be in the presence of One who continues to silently impart life lessons reflectively.