No truck, no Texas: If you aren’t driving a truck in Texas you are less than human, or at least not a true blood, and I’m not talking your run-of-the-mill, half-ton, maybe-weekend hauler. You’ve gotta have at least a three-quarter-ton, in-your-face statement of machismo. A one-ton dually (one rear axle, four wheels), for goodness’ sake, puts you on top of the heap, a lift kit puts you high above city slickers and posers, and if you’re a died-in-the-wool redneck, a rubber simulated testicle sack hanging from the rear ball hitch and a rebel flag emblazoned somewhere on your rig. Trucks are so ubiquitous in Texas that most, if not all, manufacturers have Texas Special Editions with bold badging for sale to the proud purchasers in this independent nation of a state. One in particular is the Ford King Ranch truck that celebrates the legacy of the largest cattle ranch in Texas—825,000 acres, which is more land than the state of Rhode Island. Nothing says, “I’m an independent, studly, rough-tough, ‘Don’t mess with me’ hombre than this branding…and of course there’s the word association: branding…. This whole genre smacks of the SUV commercial image of vehicles barreling through rivers, over rocks, climbing hills, and tearing off up stunning country vistas into the sunset, as most urbanites envision themselves. But, this is the American Dream, yes?

We couldn’t help but put a small emblem on the rear of our truck to make a statement of our own, to signify the University of Texas in Austin, and one of the most liberal “island” cities in the US. Just a little dig to those rapidly approaching trucks from the rear that sneer at our tiny three-quarter-ton hauling beast that we call “Artemis.”

Going Postal in America: When you are a wandering nomad on the roads of America you enter a twilight zone of mail delivery that home-rooted folks never imagine. The system might consider us homeless in a sense, but a home on wheels is a home by no stretch of the imagination, and there is little to no infrastructure in place for homeless in the traditional sense. Friends who are renting our house save important mail for pickup by another friend, who comes by once a month, who then stuffs these items in a small prepaid United States Post Office mailer box. We have to carefully plan and coordinate our travels with our sender, as we usually spend a week or less in any location. Any missed communication in these logistics can lead to a delivery after the microscopic exhaust fumes from our truck have left a trail behind us.

Some of you may have experienced the tension that can exist within the postal portals. Now, you can take this for what it’s worth, but not all postal employees are the sharpest knives in the drawer, or have learned appropriate customer care psychology, hence the term “Going postal.” Years ago I worked in postal sorting facilities during the Christmas rushes and experienced the deep hierarchical culture and often lazy attitudes of many of the postal employees that say, “Don’t work faster or better than us, or we’ll look bad.” Sorry, USPS! Procedures were abandoned, short cuts and tempers led to lost mail and an often toxic work environment. You can imagine standing in a long line in your local postal facility and when finally reaching the desk, meeting a sullen, angry, impatient, non-helpful, non-service-oriented employee. This spreads through the facility like wildfire.

We’ve taken to looking up online post office evaluations, finding many scathing reports, and we move on. One of my coworkers once had a phrase for the management style of his company: “Retroactive daily rules.” It seems that from one post office to another they have or enforce different rules about accepting General Delivery packages: that is, one delivered to a post office in Anywhere America addressed to you. All post offices declare that they accept delivery in this format but not all practice it. One such example of a major use of this system is for those who are through-hikers on the Appalachian and the Pacific Crest Trails who forward supply boxes ahead of their travels to provision themselves along their routes.

There is a variable monkey wrench in the system of having an order, say from Amazon, which ships UPS, who then transmits your delivery to a USPS office, that then delivers to you. This is a common inner city practice but out here in the Neverlands, the retroactive daily rules apply.

Here’s a real-life scenario to enjoy: I placed an order with Amazon for a set of lightweight, soft silicone wine goblets, very critical for a pair of wandering parched nomads. It was addressed to the local post office in New Orleans, care of me, General Delivery. I received a confirmation from UPS that the package was delivered and signed for. When I arrived at the post office and completed a 10-minute body search just to enter the building, they told me that their branch didn’t accept General Delivery that I should go to the main branch. The main branch said that they were only open from 6 to 10 am. Returning early the next day, they told me no package was delivered despite my showing them the UPS slip. I returned to the previous office and after another body search, was told they didn’t have the package. So what do you do here?! I filed a return-to-sender and reordered to a new location in our travels. My thought was, “If you can pick up the original package for return delivery, why can’t you just give the damn thing to me?”

Okay, just one more and I’ll leave this alone…for now. I ordered a pair of sunglasses to replace a stupid donation to some lucky person, and again had them delivered to the local post office in our next travel stop, Pensacola Beach, Florida. UPS texted me the requisite delivery notification and we nervously made our way there to hear the familiar, “We don’t accept General Delivery, you must go to the main post office.” The main branch informed me that they don’t accept UPS deliveries as “there is no monetary value” in handling their packages. My supplication for support and showing the UPS delivery notice and the name of the person who signed for it at that location brought the branch manager out, who testily informed me that no such package existed. I filed a lost package claim with UPS and received another text that the package left Pensacola where they claimed it didn’t exist and traveled to Jacksonville, and then on to Tallahassee, and then back to Pensacola, to renewed claims that said package didn’t exist. After 30 minutes on the phone both with UPS and the shipper, I decided to send the phantom sunglasses back to the company and reordered. Now I was into paying for two pairs of a yet unreceived purchase.

So what’s the lesson here?

Sunglasses order update: Now that the sunglasses have been reordered, we arranged to have them sent to Melissa, one of our mail angels, who sends us monthly care packages of accumulated mail from our home and miscellaneous items as needed. She has arranged to forward them to us at our next stop, Fort Wilderness, Disney World, Orlando, at which point we have learned there will be a $5.00 handling charge to take the box from the delivery person and hand it to us. All told, this order should be collecting stickers from the 28 different locations it has traveled before reaching the final destination. It’s too late now, but I recall the person who sent a garden gnome around the world to miscellaneous and unknown receivers to be photographed and sent on. I should have transformed this into a similar peripatetic art project…but the mindsaving redemption is, “life’s art.”

…and if I made you think the post office was so terrible…I had no choice but to have a package delivery (or is that devilry?) from Fedex to a tiny post office in Ebro, Florida: one gas station with a Subway inside, and a population of 256. We went in, and met the most wonderful postal clerk, Donna S., who not only listened to our postal horror stories and didn’t throw us out, but laughed in acknowledgment. She told me that as long as she was present, any outside delivery vendor would be allowed to leave a package. But the ultimate capper was that even when the post office was closed, if she was there, she would call my cell to allow me to come in and pick it up. Now that is an antidote to the devilry!

Ruth and I spent some time in town and picked up this little token of our appreciation for her goodness, delivered to her through the mail slot, anonymously. 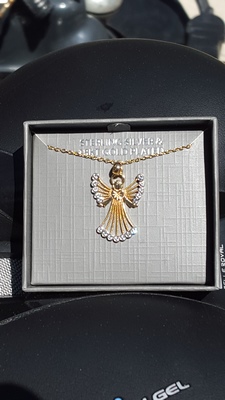