Savannah, Georgia is a stunning gem of a city that has as its progenitor a man that set in motion a cascade of events placing this locale apart from any city in America, perhaps the world. All creations emanate from a source, and the source we will now visit was a man with extraordinary vision and social consciousness instigating waves that rippled through time.

was a British visionary, social reformer, and military leader who dreamed of creating a haven for England’s working poor and strengthening the colonies through trade. He landed along a bluff on the Savannah River in 1733, and named the 13th American colony Georgia, after King George II. 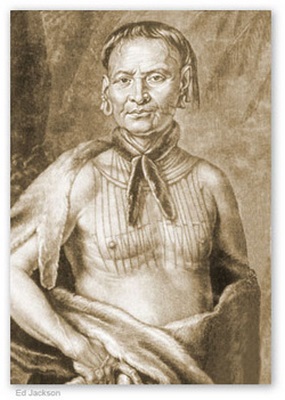 and after establishing good relations, a settlement was agreed upon and named Savannah after either a name for the Sawana people who inhabited the region, or from the Shawnee Indian word for Savannah River.

Oglethorpe supposedly had four rules for his new community: no slaves, no Roman Catholics, no strong drink (rum), and no lawyers. This perhaps goes to show that you can’t get it all right all the time, nor can you judge history with 21st century consciousness, but I digress…

Oglethorpe designed the basic layout of the new city into blocks of five symmetrical 60×90-foot lots. Included in this plan were 24 public squares, though only 21 remain in existence today. These were intended to be meeting places, and potential gathering or camping spots to fortify against native attacks, the Spanish who ruled nearby Florida, or pirates. The genius of these public squares would come into their own in time and grow in beauty, as in them grew verdant live oak trees covered in Spanish moss and cultivated gardens, statuary, and fountains, a veritable beguiling social haven.

Oglethorpe and his fellow founders envisioned Savannah as a colony where settlers could achieve a comfortable living in contrast to the huge plantations and isolated personal fortune found in surrounding British America. It was understood by the charter granted to him by George II, that Oglethorpe could not hold office, own land, or receive a salary in the new colony, yet he put his vision ahead of personal gain. Part of Oglethorpe’s dream was a classless society, one step removed from the other 12 colonies and a giant step away from the homeland: restrictions were put on how much land could be owned and no slavery was allowed. In his original plans, heads of households were to work their own land, though later after the colony was established and Oglethorpe left to return to England, economic pressures from the production of cotton saw slavery return to keep in competition with the large cotton plantations. There existed an incomplete ideal however, in that women could not own land in the new colony due to the belief that each plot of land required a male worker and defender.

The motto of the trustees and new colony was: non sibi sed aliis: “Not for self but for others.” Considering the zeitgeist of the times, this motto served the colony well: the Catholics, due to their alliance with the French, were ostracized for fear their sympathies would assist them if conflicts arose between the two world powers.

The intention of this blog piece is not to bore you, dear reader, with historical facts but to describe a pattern that is engrained within the Savannahian culture, and so one more moment in history must be described. Savannah, which had a very large free African American population before the Civil War, suffered terribly during the Union Navy’s coastal blockade. Savannah city leadership traveled to meet General Sherman and his oncoming Union soldiers to beg that they not burn down the city as was the fate of Atlanta. (You may be remembering bits of storyline here from the movie Gone With the Wind.) It is said that Sherman was so impressed with the beauty of the city that he could not destroy it.

This gem of a city has a long history of integration, deep southern culture, independence, and relative isolation from the interior southern populations—and is proud of it. Its historic district remains one of the largest in the nation and if you walk or drive through the 21 public squares you immediately note that traffic must slow to a crawl, Southern style, to navigate around them. The design of this central district sets the tone for the town: people stroll languidly in an envelope of oxygenic-rich heat and humidity that encourages the lushness of foliage and social intercourse. The air of aestheticism, gentility, and of course that ever-present courtesy, permeates throughout like the scent of magnolia, and ties you to a time when good breeding was expressed through polite refinement and affable cordiality.

Architecture reigns supreme here as all manner of period structures challenge your eyes and mental inquisitiveness. Some of the many homes to be found encircling the squares and surrounding regions were built in the styles now known as Federal, Georgian, Gothic Revival, Greek Revival, Italianate, Regency, Romanesque Revival, Second French Empire, and of course the more modern early 20th century, mind-numbing, classless design. All too often you find yourself sending a huge “Thank you!” back in time to General Sherman’s saving impulses. The layers of richness here are overwhelming and challenge the senses to remain at their highest level of consciousness. If you are looking for an awakened redefinition of Muse-e-um, this is it.

You can’t spend any appreciable time in Savannah without hearing the name SCAD mentioned, which stands for Savannah College of Art and Design, founded in 1978. Everywhere you look, you see references to SCAD—refurbished buildings (particularly in the historic district), downtown offices, theaters, ancillary branches and sub-schools throughout the region, students everywhere. The College has expanded its campuses to Atlanta and Hong Kong, and has approximately 11,000 students studying any of eight majors: Building Arts, Communication Arts, Design, Fashion, Entertainment, Digital Media, Fine Arts, Foundation Studies (drawing), and Liberal Arts.

I’m a big fan of college towns, and the freshness and infusion of ideas and culture they bring to a place is patently recognizable as we travel across the country. SCAD is like a continuous intravenous infusion of vitality of arts into Savannah that has kept the ghosts of its past alive, giving them bones of aesthetic support, and the breath of youthful living-in-the-moment. Perhaps in a final capstone of restoration to one of the original four rules the colony was founded upon, which stated, “No Catholics,” we can look up the root definition of Catholic, which is: “Including a wide variety of things, all embracing.”

The institution of SCAD has brought full circle that missing element to Savannah in a philosophical and metaphorical way. Its restoration of buildings and city infrastructure also restores the blood flow of modernity, to the melting pot of a town that is a pretty doggone special place. Oglethorpe would be proud.

Look for a following blog post to chronicle our adventures in the real time “Catholic” Savannah!

To keep up-to-date, hit the Follow button below right. And, follow our travels and find other fun sites with the links on the left.