It had been raining almost continually for weeks when, in October of 1844, the young Queen Victoria and her beloved Prince Albert sailed across the Solent

and approached the private estate on the northeast coast of the Isle of Wight. They had been looking for a seaside retreat for their growing family, and Prime Minister Sir Robert Peel had suggested they take a look at the Osborne estate.

As they neared the house, the sun broke briefly through the clouds and shone brightly on the large, three-story house surrounded by trees. The queen was enchanted. “It is impossible to see a prettier place,” she told Lord Melbourne, “with woods and valley and points de vue, which would be beautiful anywhere, but all this near the sea … is quite perfection. We have a calming beach quite to ourselves. The sea is so blue and calm and the prince said it was like Naples. And then we can walk about anywhere by ourselves without fear of being followed and mobbed.” 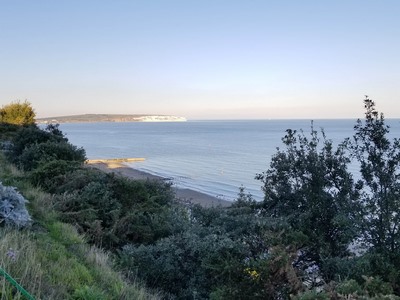 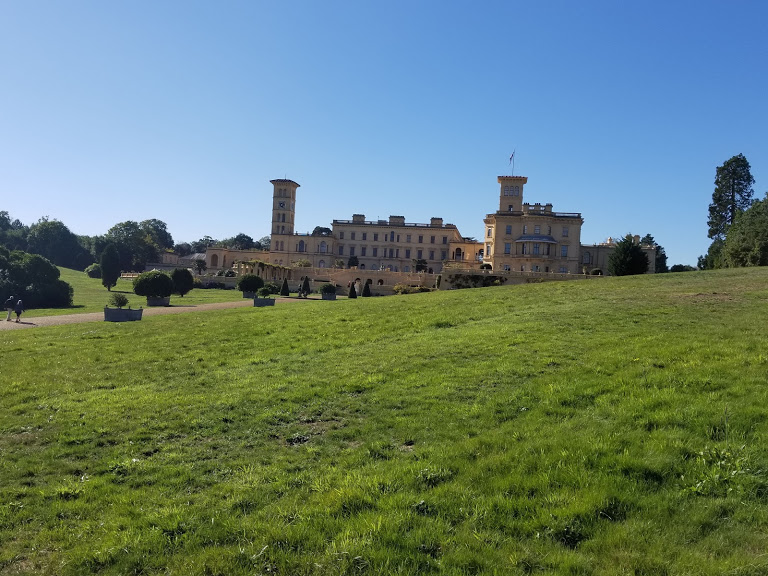 The couple initially leased the property from its owner, Lady Isabella Blachford, and then, in May of 1845, they purchased it outright for the sum of £28,000 ($36,500). At the time, the house had been through several phases of remodeling, but Victoria and Albert considered it too small for their increasing brood, and made plans to enlarge it. The Department of Woods and Forests was in charge of all government building, but Prince Albert bypassed their architects and hired Thomas Cubitt (1788–1855) to assist him in designing a place where, he said, he could be “partly forester, partly builder, partly farmer, and partly gardener.”

The October day that we visited the estate, exactly 174 years later, was as unlike the day Victoria and Albert first saw it as it was possible to be. Two months of continuous sun and warm weather had followed us to the Isle of Wight, and we could see why the queen and prince fell for the place, though we had to agree with their great-grandson, Edward VIII, who wrote that “I was struck by the ugliness of the house.”

“It does one’s heart good to see how my beloved Albert enjoys it all, and is so full of the plans and improvements he means to carry out,” Victoria wrote. “He is hardly to be kept at home.” The prince certainly kept himself busy, overseeing the building of the house designed to resemble an Italian Renaissance palazzo, and filling it with many personal touches. He even designed furniture specifically for his wife’s small stature and had an intertwined V and A set over each doorway.

(The only exception was the smoking room, where he omitted Victoria’s initial out of respect for her dislike of tobacco.) “Our dear and lovely little domain,” Victoria called Osborne. Each of the nine royal children had his or her own custom chair in the crowded upstairs nursery, set out next to the line of cribs.

We enjoyed touring through the big house, and were struck by the large number of nudes throughout—robust males and females in both painting and sculpture that Victoria and Albert frequently exchanged as gifts. In contrast to the popular image of Victoria being prudish and repressed, it was actually Albert who was a bit uptight about sex. He even moved a sculpture of himself that showcased his bare legs to a remote corner of the house, out of sight of visitors. Victoria thought the sculpture “very beautiful,” but that “we know not yet where to place it.” Apparently because “Albert thinking the Greek armour with bare legs and feet looked too undressed in a room.”

The house, while stunning, was a bit labyrinthine, rather dark, and definitely overstuffed as only a Victorian dwelling can be, but once we stepped out onto the large terrace with a distant view of the sea, we instantly understood the royal couple’s fondness for the place. 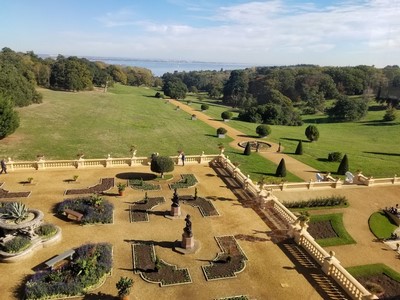 “Never do I enjoy myself more or more peacefully than when I can be so much with my beloved Albert—I follow him everywhere.”

More from Victoria’s journal from the summer of 1855:

“Sat out under the trees, where it was really heavenly, and sketched. Every day, every year, this dear sweet spot seems more lovely and with its brilliant sunshine, deep blue sea and dazzling flowers, is a perfect paradise,—and all my beloved one’s creation,—the result of his exquisite taste.” The gardens at Osborne really are its treasure.

We took the half-mile wooded walk down to the beach, where the queen’s bathing machine has been restored and is on display. Victoria took her first sea swim at this private beach. “I thought it delightful,” she wrote, “till I put my head under the water, when I thought I should be stifled.”

Note that, in the 19th century, you didn’t just run down the beach, kick off your sandals, and dive into the water. You first entered a “machine” like this, fully dressed. Once inside, you undressed and put on your modest “bathing costume.” Then a horse pulled the machine into the water, and you opened the opposite door and descended the stairs, grandly entering the water. When you were finished “bathing,” you repeated this in reverse.

We sat on the seawall, watching a few hardy souls play in the surf—despite the warm air, the water of the Solent hovers around 15°C (59°F) in October, so we contented ourselves with practicing our stone-skipping skills.

The autumn sun started its descent to the west early, so we hiked up the path towards the Swiss Cottage, the fully furnished “playhouse” that Albert had built for the children—in the belief that this would teach them the skills that would make them better people, and rulers. Each child learned to cook in the small kitchen (“Yesterday there was a grand tea at the Swiss Cottage,” Victoria wrote), and was also assigned an individual plot in the surrounding garden. 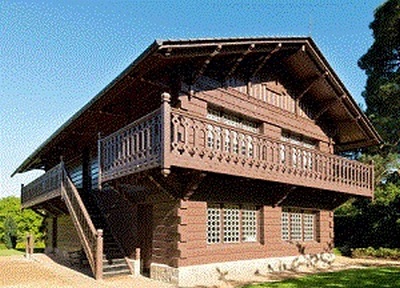 We took the longer, meandering path back to the house, enjoying the sun and last vestiges of warmth as long shadows reached out from the surrounding trees.

In 1861, Prince Albert died of typhoid fever at the age of only 42, and the grieving Victoria ordered that Osborne be maintained exactly as it was when he was alive. On a visit a year later, Lord Clarendon found it “difficult to believe” that the prince would not walk in at any moment because “everything was set out on his table and the pen and his blotting book, his handkerchief on the sofa, his watch going, fresh flowers in the glass.”

Victoria spent her last Christmas there in 1900. “I feel so melancholy,” she wrote of her failing health. She died at Osborne on January 22, 1901.