Hold on! We’re going on a ride powered by petroleum, through a time portal, on the surface of the earth that’s viewed over millions and billions of years and moves like a lava lamp. It’s difficult to imagine life in four dimensions (adding in Time). Fasten your seatbelts, grip your world time clock tightly, and let’s speed back into the distant past around 300 million years and then some, but then . . . who’s counting?

If we rise up in an imaginary satellite above the tallest mountain in Texas—Guadalupe Peak, 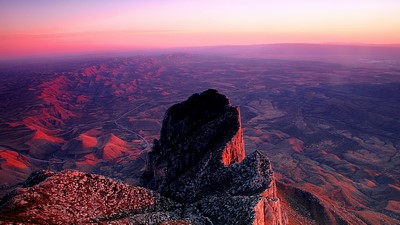 near eastern New Mexico and Western Texas—and turn back the hands of time in hyper-speed, we begin to see North America below us creeping east–southeast a few inches a year. The Appalachian mountains below us grow to fantastic heights; land shifts; ice sheets cover three quarters of the northern hemisphere and recede. You observe this phenomena occur numerous times. Oceans rise and fall, giant creatures roam the planet, then vanish. A vast sea bisects North America, and recedes. The Rocky Mountains grow and then shrink, familiar vistas a moment ago melt away in a rapidly altering landscape like a three-dimensional Etch-A-Sketch. The continent twists, and quickly it and Gondwana Land—South America, Australia, Antarctica, the Indian subcontinent, the Arabian Peninsula, and Africa—slide together into a supercontinent: Pangea, looking strangely like a fetus surrounded by Ocean. If you’d like to watch a 12 minute video of the transformation of the earth 240 million years ago, projecting 250 million years into the future, click here. We have now traveled back around 300 million years, and what was once Guadalupe Peak, standing 8,751 feet high, has morphed into a massive plateau and then, morphing again, it sinks below a 400-mile-round inland sea.

As you slow down your time clock and look around you, the time you left has radically changed your prospect. Another Ice Age has recently passed, and dinosaurs have not yet evolved, nor have birds, mammals, flowers, or grasses. There are conifer trees and you recognize an ancient relative of the gingko.

Ferns and warm tropical swamp forests stretch out into the horizon. You turn to identify a buzzing behind you, and a giant dragonfly with a wingspan of three feet 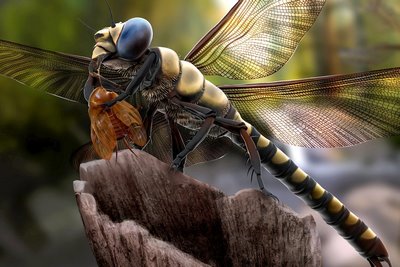 You restart your bio-clock to travel forward in time and observe that tectonic plate movement has cut off the water supply to this lake from the greater ocean surrounding the Pangea landmass. It slowly evaporates, leaving, to be buried, the sedimentary organic matter that swam and lived in its approximate 86,000-square-mile basin. The earth remains plastic and in your enhanced time frame massive volcanic activity erupts in what will someday become Siberia, filling the atmosphere with a dense layer of dust and volcanic debris.

Acid rain poisons the earth’s green belt. The earth cools significantly as the sun’s rays can no longer sustain heat and light, and a nuclear winter ensues. You helplessly observe over time the world’s worst mass extinction of 90% of marine species and 70% of land animals, yet you humbly recognize that if not for this event, you probably won’t exist. The timeline dare not be altered. To add insult to this scenario, an asteroid 125 miles across crashes into the region near the future Yucatan Peninsula. Severe volcanic activity creates magma flow alterations from deep within the earth’s core that interfere with the earth’s north-south magnetic alignment, and the north becomes south, and south north. This is a treacherous time to be a time traveler! After the volcanic ash and asteroid strike dust clears, CO2 content of the atmosphere explodes as a result of the fires and decaying matter, which sets in motion global warming that releases the buried methane frozen deep below the coastal ocean. 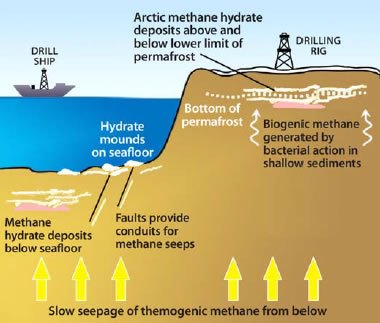 This too piles onto the worldwide extinction disaster. Nature’s pièce de résistance.

Tectonic plate movement continues as you speed forward in time, subsuming the rich organic deposits beneath layers of earth that appear to your eyes, faster than strobe light flashes, to digest its uppermost layers. New creatures now appear on the planet, expand slowly, and almost becoming extinct before resurging. You are their progeny, and as you return to your starting point, they have populated the world with their industry as no creature has in the timeline of the planet.

What industry indeed! Man, ignorant of the timeline of recycling resources, has learned to depend on the foundations of life that connects him to his origins, forgetting that those interconnections exist in balance, requiring mindful stewardship. There is an old Buddhist saying, “This is this, because that is that.” Very simply, this refers to “dependent co-arising,” or to put it another way, in relationship to our petroleum journey, we create vehicles and machinery that require combustion, they depend on burning petroleum, which in turn depends on drilling it out of the earth, which depends on its formation over millions of years, which depends on the life that created it, which depends on the earth that sustains it.

Can we take this principle forward in our philosophical equation? We have machinery that burns petroleum, petroleum creates pollution, pollution creates high CO2 content, high CO2 content leads to global warming, global warming leads to melting polar ice caps, and simultaneously melts the methane hydrate held in stasis beneath the ocean, which leads to catastrophic climate change and depopulation—perhaps extinction—of the very people who perpetrated the cycle.

Where does it come from?

Often in my college lectures, I would ask my students—who all drove cars—where oil comes from. The resounding answer: “From dinosaurs!” 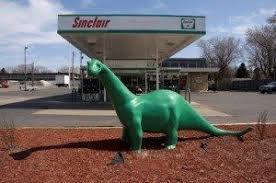 Pausing for a moment to take a nod to the Sinclair Oil company dinosaur mascot which most students probably haven’t seen, let’s dig into this story.

Petroleum has been seeping up out of earth’s pressure continuously, observed and used by ancient Romans as asphalt. The Chinese used oil and natural gas for heat and light, Persians, Sumatrans, and Native Americans used it as medicine. A few years ago, while rafting down the San Juan River in Utah, we discovered natural oil seeps along the river and in its sandy edges, creating a beautiful rainbow surface on the water.

The early pioneers scooped it out of seep pools and eventually we found a way to replace whale oil—thank goodness—with kerosene, which led to petroleum’s discovery and first drilled well in Titusville, Pennsylvania.

Saving you the drudgery of reading my long-winded explanation of how well drilling takes place, you can watch an informative eight-minute video of the entire process here. After wells are drilled and the primary oil reserve is extracted, wells continue to supply residual petroleum for extended periods using pump jacks, explained here.

Fracking is a relatively new technology that increases the productivity of wells to supply oil and gas, and found here is an informative explanation of the process.

Where is it going?

One 42-gallon barrel of crude oil product produces an average of 20 gallons of gasoline and 11 gallons of diesel oil. In 2017, about 142.98 billion gallons (or about 3.40 billion barrels) of finished motor gasoline were consumed in the United States, a daily average of about 391.71 million gallons (or about 9.33 million barrels per day. This isn’t so hard to envision when you drive past the countless numbers of gas stations that we pay particular attention to as full time travelers.

Just like the complexity of comprehending time, numbers like a billion are unfathomable. If you begin counting seconds right now, you’ll finish in 32 years! If a person’s salary is $40,000 per year, it would take 25,000 years to earn a billion.

As you might imagine, petroleum demand requires HUGE infrastructure. As we pass through western New Mexico and into northeastern Texas, just about every major highway is lined with petroleum interests: pipeline and pumping equipment, trucks of all sorts from pickups to semi-tractor rigs and trailers, machinery repair companies, sand purveyors, training schools, chemical suppliers, trailer parks to house oil field “roughnecks,” pipeline maintenance interests, storage and loading terminals, tanker trucks continually moving between sites and field distillation unit-refineries. Motels can’t be built fast enough as it seems new construction is ongoing throughout the region to handle the upsurge of oil production based on refined fracking, and so much more. We were stunned at how many square miles of oilfield support exists throughout the Odessa and Midland region of Texas. We drove along secondary roads, passing through miles of desolate oil fields covered with derrick towers and countless pump jacks and methane blow-off stacks fire billowing skyward. The smell of ancient Permian organic decay filled the air with its pungency. This was an image of a post-apocalyptic, Mad Max world, 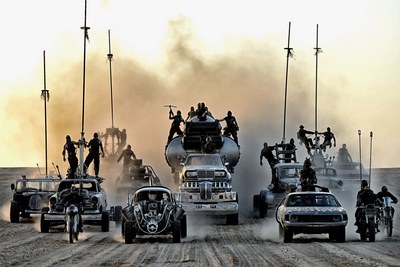 where petroleum is power, literally and figuratively.

We have traveled a great distance in time and space to examine a practical, though non-renewable resource in the timeline of humanity. It’s critical that we become conscious of the bigger picture to live in accordance with our Mother Earth, nor has it escaped us that we also share, in our lifestyle of peripatetic wandering, the depletion of these resources. We have only one planet. 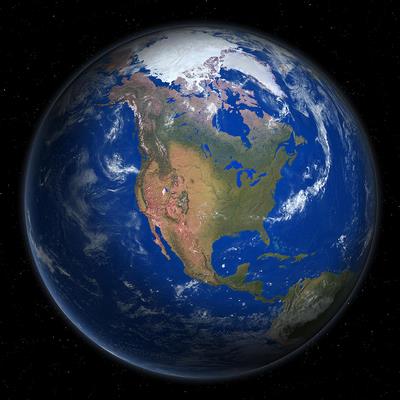